One of the greatest threats to the movie theatre experience is the predominance of Netflix and more people opting to watch movies at home.  Ironically, the best recent defense for the cinema-going experience is the Oscar nominated Netflix film Roma, an autobiographical film from director Alfonso Cuarón, that is based on his childhood in Mexico City.  The story behind how Netflix became the distributor of Roma and how the filmmakers teamed up with the streamer highlights the state of the media business today. 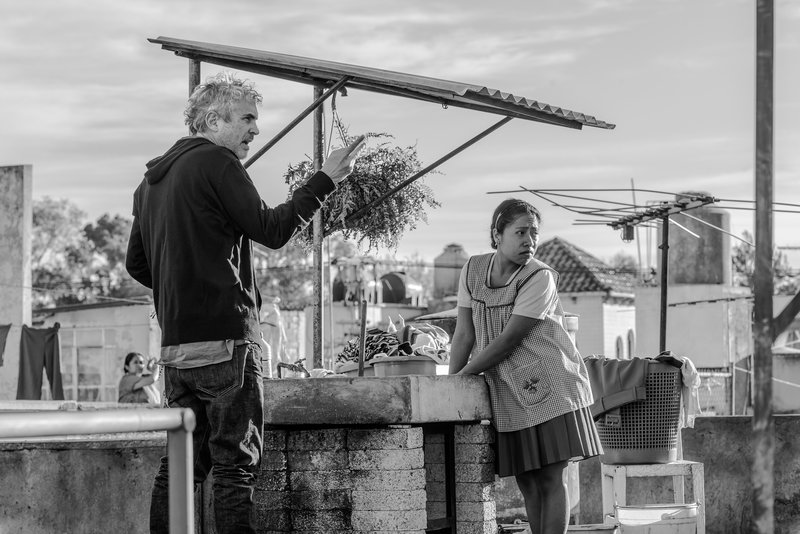 Netflix doesn’t normally release their original films theatrically but in the past year they’ve changed that strategy with a few exceptions.  Netflix appears to be doing this in a bid to be taken seriously on the movie front by racking up Oscars and to attract more top talent, who might be hesitant to work for a company that is mostly associated with TV.  Netflix tested this out with a limited theatrical release for The Ballad of Buster Scruggs, the latest film from the Coen brothers, but the results were mixed.  In the case of Roma, the theatrical release was quite limited, with a number of theaters refusing to screen the film, but the estimated grosses have been quite positive.  Netflix hasn’t released the exact figures but estimates have the film grossing $2.2M in the US at the end of December, making it the highest grossing subtitled film of 2018.  As a point of comparison, Cuarón’s Spanish-language film Y Tu Mama Tambien made over $33M globally, but that was in 2002 when the only way you could see the film in its initial run was theatrically.  Despite Roma’s encouraging theatrical figures, the majority of people who do watch Roma will do so at home or on their devices because the film is available on Netflix.

Netflix now commands such a strong dominance over the global marketplace that other companies are struggling to compete.  Participant Media, the company that produced Roma talked to six different distributors and all except Netflix were worried about the commercial potential for a black and white foreign-film without any stars, according to an interview with the head of Participant Media, David Linde in Indiewire.  In the same interview Linde spoke about their decision to have Netflix distribute the film, “We had to really think it through and figure out the best way for the film to be seen in theaters, but also to reach the largest audience possible. As we thought a lot about how the film would be presented around the world, Netflix’s presentation was very convincing.”  Once a film is released on Netflix it instantly gets exposed to 139 million subscribers. Even though Netflix doesn’t release their viewing numbers, they made an exception to brag that their film Bird Box had been seen by 80 million accounts in the first four weeks of its release.  Comedian Stephen Colbert joked that “given how many people share their passwords, that’s like 7 billion people”.  The measurement company Nielsen tracks Netflix usage in the US and said that almost 26 million people watched the film over the initial seven days of its release and continued to perform well after that first week.  Bird Box (which also had a small theatrical release a week before it was released online) was a viral hit and likely benefited from people being home over the holidays to watch it and not miss out on what everyone was talking about.   Since Roma is an “art-house” film it won’t match Bird Box’s numbers but just that level of exposure can be very appealing to filmmakers.

Netflix is enticing other top-name filmmakers like Martin Scorsese, who’s next film The Irishman has a reported budget around $200M and Steven Soderbergh (The Laundromat).  Despite Netflix’s market dominance and exposure, there are still some pitfalls to working with them.  Roma was rejected by the Cannes film festival because it didn’t have a traditional theatrical release.  There was also a controversy when Netflix had first released the film with “European Spanish” subtitles as an option even though it is mostly in Mexican Spanish and should be understandable to any fluent Spanish speaker, regardless of where they’re from.  Cuarón and others were offended and Netflix had to reverse course and drop the “European Spanish” subtitle option. Similarly Netflix has gotten into hot water over its decision to censor an episode of Patriot Act With Hasan Minhaj in Saudi Arabia, due to pressure from their government.  In an op-ed in the New York Times the writer Ursula Lindsey wrote “one has to choose artistic freedom over complying with a repressive and arbitrary law. Netflix would have done better to let Saudi Arabia censor Mr. Minhaj’s work than to censor it itself on the kingdom’s behalf.”

Outside of the film space, some artists who have worked with Netflix in the past are starting to look at other options.  The comedian Jim Gaffigan whose last two specials were released by Netflix, found an alternative distribution strategy for his latest special, Noble Ape.  In an interview with Forbes he said that Netflix releases so many comedy specials that it’s a “foregone conclusion” that any major comedian’s latest special would be exclusive to that platform.  He opted to go for a different release strategy that would allow the special to be released on multiple platforms at the same time and potentially exposing it to more people, and not just Netflix subscribers.  Gaffigan can make that decision because he is a sought after comedian, but increasingly for artists like Cuarón who want to expose their work to as many people as possible, Netflix is still the best game in town.